Will Lifting Weights Make you Bulky? 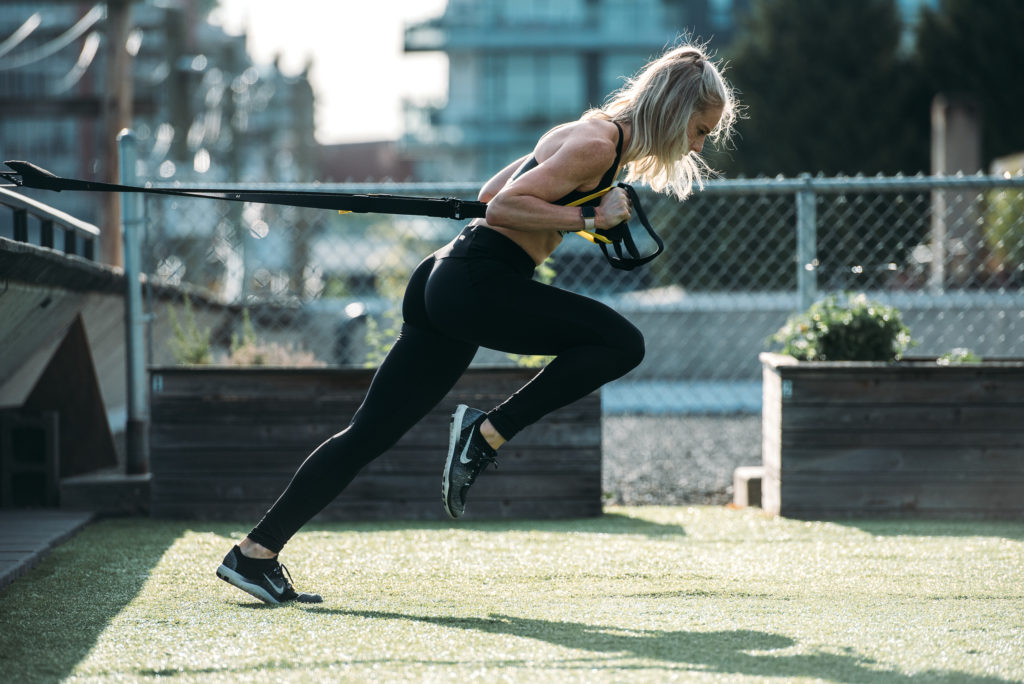 By: Kandis Jamieson | Kandis is one of our very own trainers at HUSTLE. You can catch her between the TRX ropes every Sunday at  10:40 am.

Will lifting weights make you bulky? This old topic again? Society is constantly influencing our idea of what is considered the ideal shape or, what the dream body looks like.  Before Kim Kardashian rocked out her big booty and curvy physique, a lot of women went for the “model” look, super lean and often lacking muscle density. Although we’ve seen a lot of changes over time in what society believes a sexy woman should look like, quite often it’s not the heavy muscle mass, body building physique. Thus, women have avoided lifting heavy weights.  Well ladies, I am here to tell you, lifting weights WON’T make you ‘bulky’.

You have 2 ways to get a Kim Kardashian booty; you either buy it or you do booty exercises to grow it. This is why classes like Hustle Booty, Twerk, and Glute Camps exist; girls want bigger bums! Think about how hard you have worked to grow that booty or lean out your waist to achieve that look? You’ve spent hours working out, sacrificed sweets or summer cocktails and even still, the struggle was real.

That’s because, our hormones also play a role in how we develop and grow muscles. After exercising, your body is flooded with hormones that tell your body how to react. To stimulate muscle growth, you need to have testosterone, growth hormone, and insulin (women naturally have these hormones but not at the same level as men).  As a woman, our hormones naturally prevent us from having high levels of testosterone & growth hormone and we produce more estrogen (estrogen is responsible for increasing the development of breasts and hips).

In addition, those hormones also tell our bodies where to store our fat. Ever notice how women complain about the back of their arms, tummies or thighs? That’s because our hormones have designed our bodies to hold our fat here. So, unless we can start producing larger amounts of testosterone & growth hormone it’s nearly impossible to lose our wider hips, curvier physiques, and to start producing massive amounts of muscle mass on our arms.

So how do the ‘bulky’ girls get ‘bulky’?

First of all, these women tend to have very specific bodybuilding goals that require those women have spent hundreds of hours in the gym consistently working on progression and strength. They eat large quantities of refined nutrition to support muscle growth and they spend countless hours reducing their body fat to show off that muscle.

Athletic women are considered to have between 18- 20% body fat. A woman competing in figure our physique fitness is likely to have less than 15% body fat. In addition, they have depleted themselves of dietary fat which is responsible for the production of hormones in your body.

The moral of the story here: hitting the weights won’t make you bulky, they’ll actually help you get to your fitness goals faster. The truth is, that women don’t have the hormones, reduced body fat, or nutrient absorption required to build the overly bulked and muscular physique.

Lifting weights, increasing muscle density, and overall toning are likely to create those curves you want.

You can’t grow a booty by spending hours on a treadmill. Otherwise, you’d see them in class!

Don’t forget to share this article online by clicking one of the icons on the left!

Get started on those curves! Choose your class and book your sweat session today!